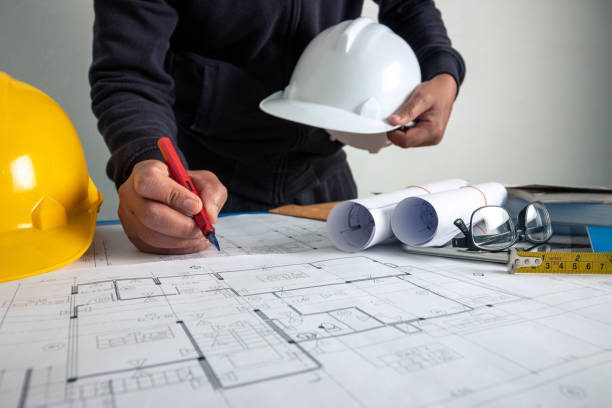 The architect is working to design the building at the office desk.

When someone starts shopping for a new home, say a home with an 1800 sq. ft. house plan, one of the first things they think about is the size. Room count and square footage are always among the top objectives of many homebuyers, along with money and desired location.

For instance, the 1,800 sq. ft. layout comes in different configurations. A great deal of thought has to go into what you want and what is possible within the purview of your budget. Being well-informed is ideal.

Homebuyers may be ecstatic to see a property within their budget that is listed with a large square footage number, only to be disappointed once they enter the room. A large home may have been priced within budget due to an inconvenient layout, wasted space, or a fundamental flaw, such as poor views or an unfavorable location.

Contemporary home culture teaches us that more is always better, but when it comes to a home’s layout, not all square feet are made equal. Yes, everyone wants a house big enough to spread out and store all of our belongings – and it’s hard to argue that more closet space is better, especially in apartment living – but just because a house has more square footage doesn’t mean it’s better. After all, what is the value of unused space? For some in-depth perspective, check out the Truoba 1800 sq. ft. house plans.

Here are some questions to consider when evaluating a home’s square footage:

The Usability of the Space

This is the most important one. It won’t be easy to put up furniture or enjoy living in an oddly shaped space, no matter how spacious it is.

Remember that a home’s square footage includes hallways, closets, and bathrooms, which are all significant but not where you actually live. You want the most square footage to go to the rooms where you spend the most time, which for you could be your bedroom, living room, den, or kitchen.

Take a look at the layout. Before you ever enter the house, this will tell you a lot about it. You can’t live in a corridor, and long hallways can make a floor plan appear haphazard and unorganized.

How Does the Design Come Together?

A home may not feel inviting or expansive regardless of its square footage if the layout is poorly planned.

In a city with a lot of apartment living, like New York, many people instead of moving buy the next-door unit to enlarge their space. One of the risks is that the layout won’t work, leaving the flow feeling like a railroad apartment – where rooms are stacked one after another with little movement – or with oddly positioned rooms, such as the master bedroom off the kitchen or empty space acting as hallways and a family room.

Even a huge home might lack logical flow, and if the layout isn’t functional, it can be difficult to achieve a gracious and welcoming atmosphere.

Is it Possible That the Pricing Per Square Foot is Misleading?

A few years back, in a freshly completed Chicago building, one condo apartment stood out as being larger than many of the others, and the price per square foot appeared to be a bargain.

There was a large, oddly shaped “bedroom” underneath with no windows, an extra egress to the building’s mechanical systems, and an ugly pillar in the middle. Trying to fit a bed into this space seemed impossible. Despite the fact that the room was essentially unusable except for storage, the developer wanted to count it as a complete bedroom, increasing the home’s square footage and making the price per square foot look particularly tempting.

Architects have modified the way they plan home layouts over time to better fit the needs of homeowners of each age. The concept of the great room – a huge family area that serves as a kitchen, living room, and dining room – has become increasingly popular in recent years, especially since kitchens have become increasingly the focal point of the home. Because the partitions between these rooms were removed, additional usable space was created.

For some, however, this means that conventional graciousness has been sacrificed in favor of efficiency, as many architects have eliminated a foyer or formal dining room. Finally, each home’s square footage is allocated differently, and while some buyers are ready to forgo function or flow in exchange for needed room, the vast majority may not be willing to pay for square footage that is unnecessary.

Also Read Everything About Kissanime ru.

Guide on How to Copy and Paste In Chromebook

3 Strategies to Use Social Media To Promote Your Weblog