Digital currency, which is built on blockchain technology, has been labeled as unsustainable due to its extremely high energy consumption. This is because Bitcoin mining uses the Proof-of-Work protocol that requires miners to compete for the right to add a block to the blockchain by solving a complex mathematical problem that necessitates the use of a massive amount of electricity.

Now, when a celebrity known to be a strong environmentalist supports cryptocurrencies, it is seen as an absurdity, because backing a technology that has been criticized for not being eco-friendly is simply inconsistent. However, this is not true for United Nations Environment Goodwill Ambassador and celebrity Adrian Grenier.

What makes Grenier different that the rule does not apply to him? The major difference is that Grenier is in support of a technology of which the utility and benefits to society far outweigh its energy consumption.

CoinGeek Conference is a bi-annual event that spreads awareness and educates people around the world about the utility and benefits of the highly scalable BSV blockchain. Due to restoring the original Bitcoin protocol and constant scaling, BSV enables a rock-solid foundation for developers to build a variety of applications on, the mining of the biggest data blocks—now at 2GB—a continuous increase in its throughput that will offer 50,000 transactions per second in the near future, and the lowest transaction fees.

Because of these powerful and practical capabilities, the BSV blockchain has a real potential to be used as a global distributed and immutable public ledger that can work with any kind of data—no matter how big or complex the requirement is.

“Crypto is essentially decentralized. It’s not only a peer-free market, but it’s also a free market of ideas and innovations. So, you have more people working on these types of problems. So then, you’re going to have an increase in not only productivity, but also efficiency. So, I absolutely believe that because there’s so much access to so many people, we can actually improve upon the problem at a much quicker rate,” Grenier explained.

The key for digital currencies to become sustainable is to provide utility that correlates to its energy consumption. And with BSV being able to provide a technology that has a wide array of use—not just to a few but at a global scale—for all kinds of industries, it more than justifies the electricity it consumes with Proof-of-Work.

Why Push Notifications Are Important For Mobile Apps? 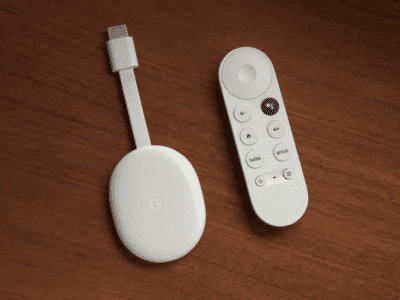 Google has decided to launch its Chromecast with Google TV in India with region-specific features. ...
By techobug
June 2, 2022

Ericsson to rent 250 at R&D campus in Athlone

how to refresh outlook?

3 Methods to Use Social Media To Promote Your Weblog