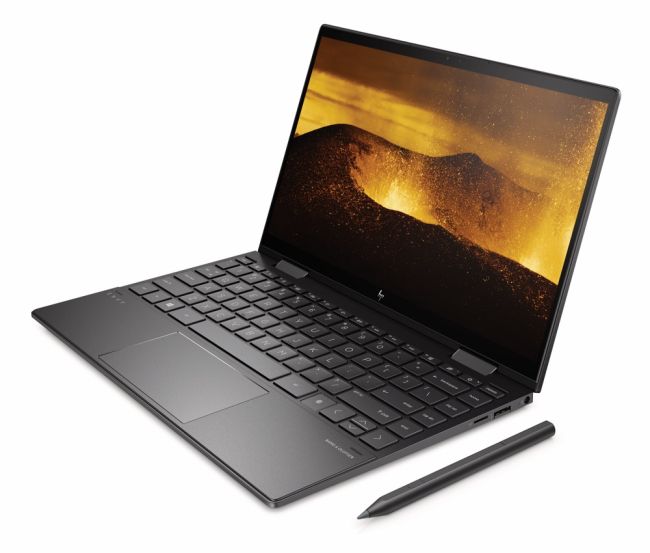 New HP Envy 13 looks to keep its spot as our top college laptop. Among HP’s numerous updates today are the HP Envy 13, a perennial top choice among our best college laptops and the convertible HP Envy x360 13.

HP continues to target these laptops at the creator segment, but naturally, they are solid all-around laptops, so let’s take a look at everything HP has done to update these laptops for 2020.

As I already mentioned, the HP Envy 13 is one of our favorite laptop recommendations for college students as it represents an excellent value for the hardware and this latest update looks to continue that tradition.

Inside HP has made the jump to the 10th generation Intel Core i5 or i7 Ice Lake processor. Customizable GPU options will be available up to the Nvidia GeForce MX330. Both models include 8GB of DDR4-2666 SDRAM.

The display is available in three variants, two are 13.3-inch FHD (1920 x 1080) IPS, but you can opt for a multi-touch enabled screen or for the HP Sure View privacy screen with up to 1000 nits of brightness. Finally, there is a 13.3-inch 4K UHD option available, our experience with the battery life on that version was not great to say the least last year, so hopefully HP has addressed that issue.

The exterior design looks virtually unchanged from last year, but that’s not a complaint, the Envy 13 has a beautiful metal finish and the chrome HP logo looks sharp as always. The unique hinge is back as well offering a slight elevation of your laptop, which makes for a more comfortable typing experience.

On the inside things have changed up a bit with the fingerprint reader replacing the control key just to the left of the arrow keys. It’s definitely a cleaner look, but we’ll have to see what that placement is like in practice. The camera shutter has also moved from the side of the laptop to the top row along with the mic mute key.

The port situation remains virtually unchanged from last year with two USB Type-A ports, a USB-C port, a microSD reader, AC Smart pin and a combo headphone/mic jack. The notable difference is in the USB-C port, which this time around is a Thunderbolt 3 port, something we complained about on the previous iteration.

HP claims up to 15 hours and 15 minutes of battery life with mixed usage, which would be about a 4-hour improvement of what we saw last year in our testing, while that seems unlikely it is typically a strength for the Envy 13 so we expect another solid result there. HP Fast Charge allows you to get up to 50% in 30 minutes with the included 65W charger.

Support for wi-fi 6 and Bluetooth 5.0 are both present and should keep you future proof on the wireless front.

The size and weight of the HP Envy 13 remain virtually unchanged as well at approximately 0.6-inches thick and 2.88 pounds it belongs firmly in the ultralight category.

The HP Envy 13 will be available starting in early May from HP, Amazon, and other retailers starting at $999.99.

For those that prefer the full 2-in-1 lifestyle, the HP Envy x360 13 is going to be more your speed.

Speaking of speed, the Envy x360 13 includes the new AMD Ryzen 7 4700U processor and pairs it with integrated AMD Radeon Graphics. The standard model will include 8GB of DDR4-3200 SDRAM and a 512 GB M.2 SSD.

The Envy x360 13 offers an extremely muted look with the aluminum “Nightfall black” inside and out. It’s an otherwise traditional exterior design for a 2-in-1 allowing for tent and full tablet mode.

The interior features the same redesign as the HP Envy 13 with the fingerprint reader moved into the keyboard, taking the place of the right control key. The camera shutter has also been moved to the function key area along with mic mute.

The Envy x360 13 offers two USB Type-A ports, a USB-C port, a microSD reader, AC Smart pin and a combo headphone/mic jack. As it uses an AMD processor, the USB-C port, in this case, is not Thunderbolt 3.

HP hasn’t made any specific battery life claims for the Envy x360 13 yet, merely that it offers “long battery life.” Given our experience with the battery life from the AMD 4000-series processor in the Asus ROG Zephyrus G14 we are inclined to believe it, but we’ll have to see how it fares in testing.

Somewhat surprisingly given the more robust hinge the Envy x360 13 is only slightly heavier than the Envy 13 at 0.65-inches thick and 2.92 pounds.

Give Your Business And Website An Impetus With Mobile Apps

Best Digital Signage Software & Solutions: How To Make The Choice?

how to Restore photos from Google auto Backup

Give Your Business And Website An Impetus With Mobile Apps

Best Digital Signage Software & Solutions: How To Make The Choice?

how to Restore photos from Google auto Backup

Reimagining business resilience and agility with cloud at the core